Back to Prostate cancer

Your treatment for prostate cancer will depend on your individual circumstances.

For many men with prostate cancer, no treatment will be necessary. Active surveillance will mean keeping an eye on the cancer and starting treatment only if the cancer shows signs of getting worse or causing symptoms.

When treatment is necessary, the aim is to cure or control the disease so it doesn't shorten life expectancy and affects everyday life as little as possible. Sometimes, if the cancer has already spread, the aim is not to cure it, but to prolong life and delay the onset of symptoms.

One or more of the following treatments may be an option for you.

Active surveillance aims to avoid unnecessary treatment of harmless cancers, while still providing timely treatment for men who need it. When they are diagnosed, we know that around half to two-thirds of men with low-risk prostate cancer do not need treatment. Surveillance is a safe strategy that provides a period of observation to gather extra information over time to see whether the disease is changing.

Active surveillance involves you having regular PSA tests and often several biopsies to ensure any signs of progression are found as early as possible. Sometimes, MRI scans may also be carried out. If these tests reveal the cancer is changing or progressing, you can then make a decision about further treatment.

A radical prostatectomy is the surgical removal of your prostate gland, and is typically undertaken using the robotic technique. This treatment is an option to attempt to cure localised and locally-advanced prostate cancer. It is offered to men with more aggressive disease.

UCLH performs the most number of radical prostatectomies to remove the prostate gland in the UK. The robotic system is the most up-to-date technology, where a surgeon controls key-hole surgery (laparoscopic) instruments to undertake the procedure while seated in the operating room beside the patient.

Robotic surgery is used to remove the prostate, seminal vesicles (tube-like glands which make semen) and occasionally lymph nodes. The da Vinci system provides the surgeon with controlled and precise movements mimicking the human hand and wrist. The surgeon is in full control of the system at all times and can operate in highly magnified 3D.

Robotic prostatectomy is performed under general anaesthetic. It involves the use of a number of “ports” (hollow tubes). The robotic instruments pass into the body via these tubes to access and operate on the diseased organ.

As the robotic surgery is performed laparoscopically (key-hole surgery), we have found that patients benefit from a reduced recovery time, reduced pain following the procedure and from far less visible scarring.

Radiotherapy involves using radiation to kill cancerous cells. This treatment is an option to attempt to cure localised and locally-advanced prostate cancer. Radiotherapy can also be used to slow the progression of metastatic prostate cancer and relieve symptoms.

There are short-term and long-term side effects associated with radiotherapy. Short-term effects of radiotherapy can include discomfort around the rectum and anus, diarrhoea, loss of pubic hair, tiredness and cystitis (an inflammation of the bladder lining, which can cause painful urination). Possible long-term side effects can include erectile dysfunction, urinary incontinence and back passage problems (diarrhoea, bleeding, discomfort).

There is a one-in-three chance the cancer will return. In these cases, medication is usually used to control the cancer instead of surgery. This is because there is a higher risk of complications from surgery in men who have previously had radiotherapy.

An ultrasound probe inserted into the rectum releases high-frequency sound waves through the wall of the rectum. These sound waves kill cancer cells in the prostate gland by heating them to a high temperature.

The risk of side effects from HIFU is usually lower than other treatments. However, possible effects can include impotence (in five to 10 in every 100 men) or urinary incontinence (in less than one in every 100 men). Back passage problems are rare. Fistulas (an abnormal channel between the urinary system and rectum) are also rare, affecting less than one in every 500 men. This is because the treatment targets the cancer area only and not the whole prostate.

Cryotherapy is a method of killing cancer cells by freezing them. It is sometimes used to treat men with localised prostate cancer that has not spread beyond their prostate gland. Tiny probes called cryoneedles are inserted into the prostate gland through the wall of the rectum. They freeze the prostate gland and kill the cancer cells, but some normal cells also die. The aim is to kill cancer cells while causing as little damage as possible to healthy cells. The side effects of cryotherapy can include erectile dysfunction and incontinence. It is rare for cryotherapy to cause rectal problems or fistulas.

Brachytherapy is a form of radiotherapy where the radiation dose is delivered inside the prostate gland. It is also known as internal or interstitial radiotherapy. The radiation can be delivered using a number of tiny radioactive seeds that are surgically implanted into the tumour. This is called low dose-rate brachytherapy. The radiation can also be delivered through hollow, thin needles placed inside the prostate. This is called high dose-rate brachytherapy. This method has the advantage of delivering a high dose of radiation to the prostate, while minimising damage to other tissues. However, the risk of sexual dysfunction and urinary problems is the same as with radiotherapy, although the risk of bowel problems is slightly lower.

Hormones control the growth of cells in the prostate. In particular, prostate cancer needs the hormone testosterone to grow. The purpose of hormone therapy is to block the effects of testosterone, either by stopping its production or by stopping your body being able to use testosterone.

Hormone therapy can be given as:

The main side effects of hormone treatment are caused by their effects on testosterone. They usually go away when treatment stops. They include loss of sex drive and erectile dysfunction (this is more common with LHRH agonists than anti-androgens).

An alternative to hormone therapy is to surgically remove the testicles, called orchidectomy. The operation does not cure prostate cancer, but by removing the testosterone, it controls the growth of the cancer and its symptoms. However, many men prefer to have hormone treatment to block the effects of testosterone.

Watchful waiting is often recommended for older men when it is unlikely that the cancer will affect your natural life span. If the cancer is in its early stages and not causing symptoms, you may decide to delay treatment, and wait to see if any symptoms of progressive cancer develop. If this happens, pain medication and hormone medication (see below) to control prostate cancer are usually used. Watchful waiting may also be recommended for people with a higher risk of prostate cancer if:

In this case, hormone treatment may be started if there are symptoms caused by the prostate cancer.

During TURP, a thin metal wire with a loop at the end is inserted into your urethra (the tube that carries urine from your bladder to your penis) and pieces of the prostate are removed. This is carried out under general anaesthetic or a spinal anaesthetic (epidural). This is done to relieve pressure from the urethra to treat any problematic symptoms you may have with urination. It does not cure the cancer.

If the cancer has reached an advanced stage, it is no longer possible to cure it. However, it may be possible to slow its progression, prolong your life and relieve symptoms.

If the cancer has spread to your bones, medicines called bisphosphonates may be used. Bisphosphonates help reduce bone pain and bone loss.

Chemotherapy is mainly used to treat prostate cancer that has spread to other parts of the body (metastatic prostate cancer) and which is not responding to hormone therapy.

Chemotherapy destroys cancer cells by interfering with the way they multiply. Chemotherapy does not cure prostate cancer, but can keep it under control and reduce symptoms (such as pain) so everyday life is less affected. The main side effects of chemotherapy are caused by their effects on healthy cells, such as immune cells. They include infections, tiredness, hair loss, sore mouth, loss of appetite, nausea and vomiting. Many of these side effects can be prevented or controlled with other medicines, which your doctor can prescribe for you.

Steroid tablets are used when hormone therapy no longer works because the cancer is resistant to it. This is called hormone-refractory cancer. Steroids can be used to try to shrink the tumour and stop it from growing. The most effective steroid treatment is dexamethasone. 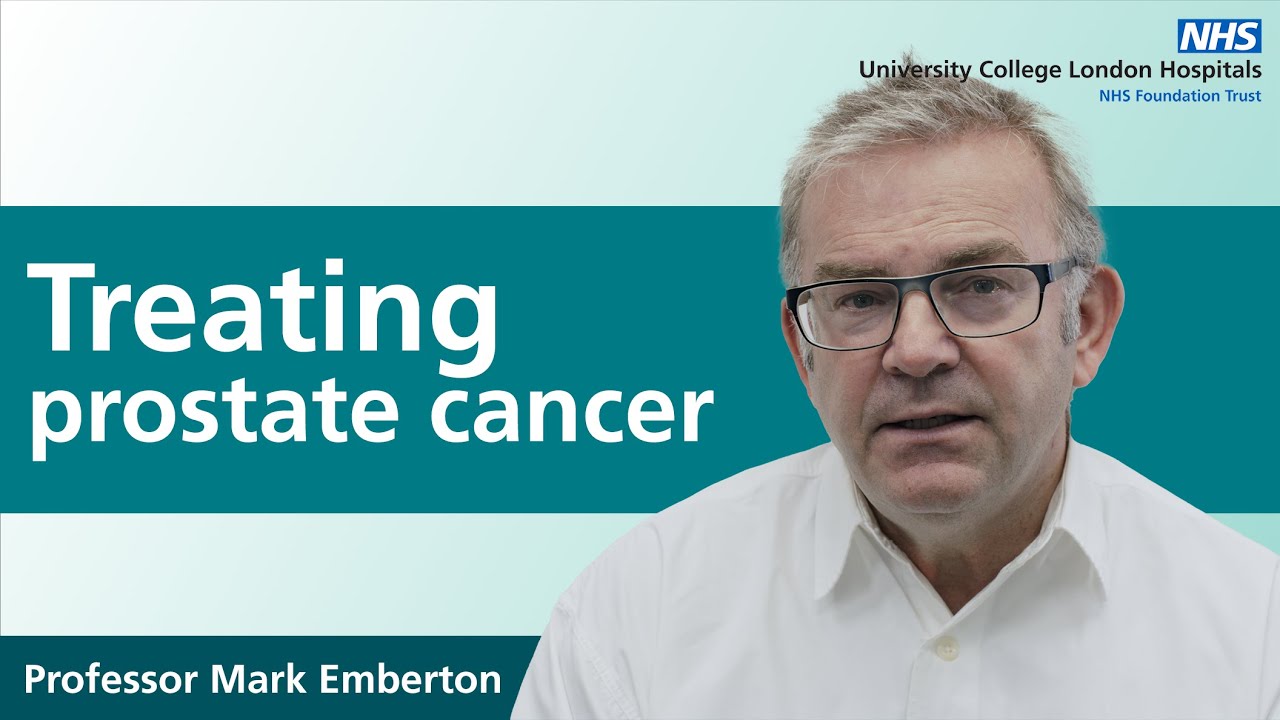 What is prostate cancer? 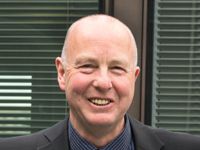