Back to Non-executive directors

Jane qualified in medicine at Birmingham University and later became a consultant paediatric neurologist at Guy's Hospital. She was appointed chief executive of both Great Ormond Street Hospital for Children and the Great Ormond Street Hospital Children's Charity in 2001. From 2012 until early 2019 she was chief executive of Marie Curie. Jane was on the advisory board of the King’s Fund from 2013 until 2017 before becoming a board member. She was chairman of the London Clinical Senate Council between 2013 and 2018. She is an honorary fellow of UCL and the Institute of Child Health, UCL. Jane chaired the audit committee from 1 January 2010 until 11th November 2021.  She is a member of the audit committee, the finance and investment committee, the quality and safety committee and the remuneration committee. 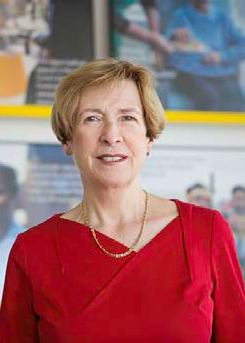