Stuart readily admits that he hadn’t gone to the dentist enough throughout his life and, like a lot of people, experienced normal dental problems. 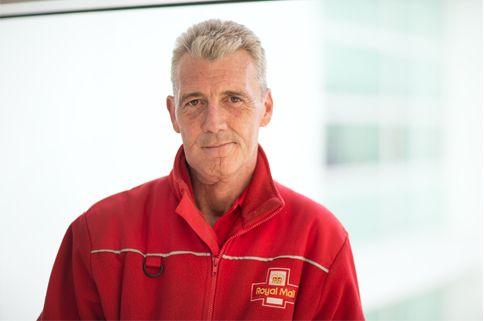 When his gums became sore in the summer of 2014 he didn’t think too much of it, but when the pain persisted he began to think that something more serious might be wrong, he recalls: “I became concerned about the soreness. When I put my finger into my mouth I was able to feel two lumps in the back of my throat and I knew that I needed to get this checked out”.

Stuart initially went to see his GP who told him that this was a dental problem and that he should see a dentist. His local dentist was immediately concerned and referred Stuart to Barnet and Chase Farm Hospital where he was sent for biopsies as well as MRI and CT scans. He said: “I was just about to go on a dream holiday to Las Vegas and I didn’t want to know my results before going away. The results were hanging over me though and I suspected that this was probably something very serious”.

Stuart enjoyed his holiday, but came back to see the maxillofacial team. They gave him the devastating news that he had cancer affecting his jaw bone and would need treatment as soon as possible. Stuart was referred to UCLH to see consultant oral and maxillofacial surgeon Mr Zaid Sadiq. Stuart had more tests and at his appointment with Mr Sadiq was told that surgery was the only way to remove the cancer. Stuart remembers: “You don’t take in as much as you should. I asked very few questions – if I had done, I might not have gone through with it."

"I felt very strange in the lead up to the surgery and tried to avoid searching too much about my operation on the Internet. In the end I just had to shrug my shoulders – let’s get on with it.”

The night before his operation Stuart was admitted to UCLH. He went to theatre at 8am the following morning and woke up on the Intensive Care Unit (ICU) some 14 hours later. Stuart had some of his jaw and the lining of the mouth removed, this was reconstructed using microvascular surgery. “When I woke up there was no pain in my face or mouth. The surgeon had used a piece of bone from my leg and used it to replace the bone in my jaw. The leg was painful, but the team were happy that the surgery had been successful” he explains.

"I’m lucky and grateful to have had the team at UCLH with me on this fight. If I had been seen somewhere else, I am not sure I would be talking to you here today with such a positive outcome."

Stuart spent three days on ICU before moving to the ward. “On the ward I could get up and move around as much as I liked. I can’t stress enough how important it is to get up and moving – the more you’re up and moving, the better you feel. Mr Sadiq visited me every morning to see how I was getting on and someone from his team visited two or three times a day. All of the staff were from doctors to nurses were brilliant – I just cannot fault the care I received”.

Stuart was able to come home after a week on the ward. The recovery since has not been an easy journey, “My face does now feel a bit alien. They had to remove all of my teeth before the operation because they could get infected. This obviously makes eating very difficult as I can’t chew and so I can only eat soft foods – you won’t believe how much you miss your teeth when they’re gone”. After having follow-up radiotherapy treatment at the North Middlesex Hospital, mouth ulcers also became a real problem. Stuart explains: “At times my whole mouth felt like an ulcer and it was extremely painful. I was given Codeine to combat the pain, but that comes with its own side effects too”.

It is now six months on from surgery, and although there is still a long way to go, Stuart feels positive about the future, “The sensation in my face is now returning. I know it is never going to be 100%, but for now I am cancer free and I can get on with doing the things I love”. Stuart is due to start treatment to replace is missing teeth. Stuart is back at work as a postman and is walking up to 18 kilometres per day. He will continue to be seen once a month at UCLH to ensure that the cancer is not returning, “The surgery is life changing – I still have the issues with my teeth, my speech is different and various consequences of the surgery make things tougher - however you get used to them and compensate as best you can”.

“I need to stress how much you can help yourself when battling cancer. The more you want to fight, the better you will come out. I’m lucky and grateful to have had the team at UCLH with me on this fight. If I had been seen somewhere else, I am not sure I would be talking to you here today with such a positive outcome.”