Meet Prescilia - one of our first proton beam therapy patients

Back to Proton Beam Therapy services for children and young people

“I didn’t know what was wrong with me. All I could see was light, no people.” Prescilia was just nine when she suddenly lost all her vision. Tests revealed a rare type of benign brain tumour.

Despite not being cancerous, the location of the tumour meant that as well as impacting her sight, it could also affect the hormone-making process, and her growth.

Her mum Judith said: “After they gave her the MRI scan, the doctor said your daughter has to have emergency surgery today. She couldn’t see any more – she was completely blind.”

After two operations, which restored her sight, Prescilia needed further treatment to control the tumour and she was referred to our new proton beam therapy (PBT) centre in the Grafton Way Building which opened in December 2021. This specialised form of radiotherapy is extremely precise, making it the ideal treatment for Prescilia.

Before our PBT centre opened, patients who needed PBT had had to travel to Manchester, where the only other NHS PBT centre in the country is based, or travel overseas as part of the NHS treatment programme.

Lying on a robotically controlled couch, in a space-aged machine, Prescilia is ready for treatment. The proton particles are accelerated to two-thirds the speed of light and are targeted to release the destroying energy with millimetre precision.

Afterwards, Prescilia said: “The beam is shining on you, it doesn’t hit you, it’s technically invisible.

“You get onto the bed and as soon as you are in the right position, they place a mask over your face for the treatment to keep you very still. Then afterwards they start moving the machines around a couple of times, then they start.”

Prescilia has been to the PBT centre 28 times over 5 and a half weeks to have her treatment. Each time she has three, 25-second doses of proton beam therapy delivered by the rotating machine above her head.

Once it is fully up and running, the PBT centre at UCLH will be able to treat up to 650 NHS patients per year from across the south of the UK, with around a third of the patients being children and teenagers.

David Probert, chief executive, said: “I am extremely proud of everyone involved in the programme of work to open the PBT centre at UCLH. I would like to say massive congratulations to all the staff involved, whose leadership and determination has been outstanding. I am really pleased that patients are now able to benefit from this extremely precise form of radiotherapy closer to home.”

As one of the very first patients at the UCLH PBT centre, Prescilia shared her story first with BBC Morning Live, and Operation Ouch star, Xand Van Tullekan. 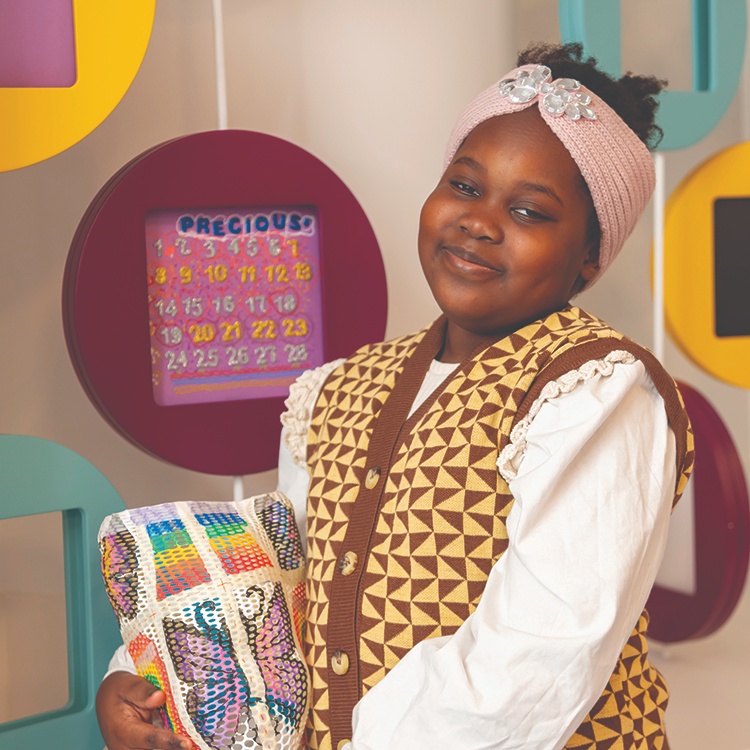