Sir Peter Freyer performed his first suprapubic prostatectomy operation at St. Peter's Hospital in 1900. There were claims that it was the first such operation to have been performed successfully, followed by counter-claims that it had already been done elsewhere: Freyer nevertheless spent the rest of his career popularising the operation, and is still remembered for this contribution to the development of the speciality. 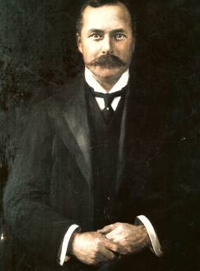 The Middlesex had been quick to purchase an x-ray machine after Röntgen’s discovery in 1895, obtaining the first machine in 1896.  Until 1901 and the opening of a new department, diagnosis using x-ray was carried out in a small room above the Out-Patient Department.

Dr Cecil Lyster was the first Medical Officer in charge of the new department, appointed in 1902, and remained in charge until he had to retire on ill-health grounds in 1919. He died, from the effects of radiation, in 1920. 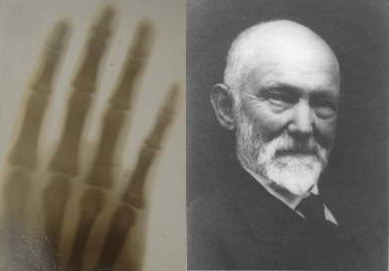 It had been realised that the UCH building was too small in 1877, but it took 29 years for the new building to open. The unusual diagonal plan for the new building, now known as the Cruciform, was an attempt to solve the problems of ventilation, drainage and lighting by arranging the wards like the diagonal limbs of a cross. Alfred Waterhouse’s plans for the new UCH.  Sadly Alfred Waterhouse did not live to see the Hospital’s official opening in November 1906. His son, Paul, took over the project.

In 1896, Sir John Blundell Maple was so impressed by the plans he undertook to rebuild and re-equip the hospital at an estimated cost of £100,000. Building started in 1897 and the hospital opened in 1906.  The Cruciform building is now part of UCL. 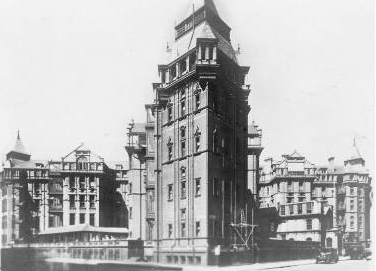 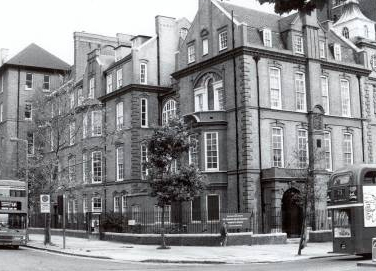 1920 - Foundation of The Hospital for Tropical Diseases

The Hospital for Tropical Diseases was opened in the former Endsleigh Palace Hotel in Gordon Street, Euston, by the Seamen's Hospital Society. Its origins lay in the Albert Dock Hospital, which had been established by the Seamen's Hospital Society as a branch of the Dreadnought Hospital in Greenwich. The Dreadnought Hospital had replaced a succession of three hospital ships between 1821 and 1870.

In 1920 it merged with University College Hospital and in 1926 moved to the building below on the corner of Huntly Street and Capper, funded by Joseph Duveen, an art dealer.

In 1997 the services were merged with the Royal National Throat, Nose and Ear Hospital in Gray’s Inn Road. 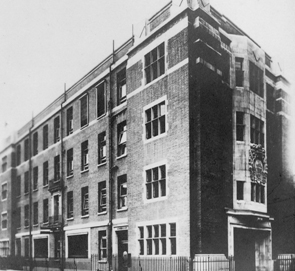 1923 - The Middlesex Hospital found to be falling down

The discovery that the Middlesex Hospital, originally built in the mid-18th century, was severely unstable was an immense blow for the Hospital. The story goes that a Sister, accompanying a patient on a trolley, narrowly missed being hit by a large section of plaster falling from the ceiling just behind them. A subsequent survey found that the building was unsafe in many places and needed immediate work. An appeal was launched to raise the money needed to rebuild the Hospital, on the same site. 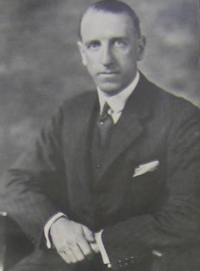 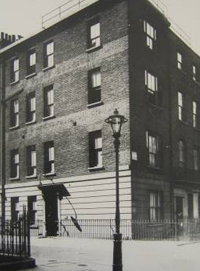 1926 - Opening of the Obstetric Hospital

The Obstetrics Hospital was opened 28 May 1926 by the Prince of Wales (foundation stone had been laid in 1923).  Financed though generous gift of the Rockefeller Foundation (£1.2 million).  Also bulit with the money was a new residence for medical officers and a new nurses' home for 300 nurses.  In the new hospital there were 85 beds, a theatre and a labour ward.  It was the most modern of its kind in the country.

In 1936 it was extended to include antenatal, outpatients and child welfare departments.  In 1938 an Emergency Maternity Unit was set up (known as 'The Flying Squad'.  Set up to attend obstetric emergencies in people's own homes - first of its kind in London. 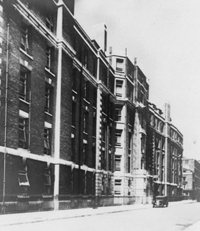 The Eastman Dental Clinic of The Royal Free Hospital was established with £200,000 provided by George Eastman, of Rochester, New York, in December 1926 and a subsequent endowment of £100,000 from Lord Riddell, President of the Royal Free, and Sir Albert Levy. The Clinic was built on land adjoining the main buildings of The Royal Free Hospital in Grays Inn Road, with the foundation stone being laid by the Prince of Wales on 30 April 1929 and the Clinic treating its first patients on 17 November 1930. 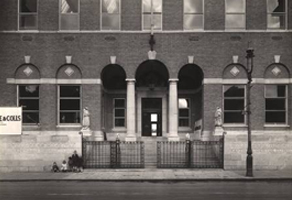 George Eastman (1854-1932)
George Eastman was a New York bank clerk who was an early pioneer in photography. He developed modern camera film, simplifying the process of taking photographs, and founded the Eastman Kodak Company to market his invention. He gave a large proportion of his fortune to philanthropic causes, and the Eastman Dental Clinic in London was one of a number of dental clinics founded with his money in the US and Europe. Eastman died in 1932 at the age of 77 when he shot himself, as he became increasingly plagued by ill-health.

The money for the new nurses' home was donated by John Astor, but at the time he wanted his generous donation to remain anonymous.  After the foundation of the NHS the donation was made public and the name of the nurses' home was changed to John Astor House.

1948  - Establishment of the National Health Service

On 5 July 1948 the NHS was established, and hospitals previously run as charitable institutions or by local authorities came under the control of Regional Hospital Boards.  Local responsibility was designated to Hospital Manangement Committess.

The Middlesex Hospital was designated lead hospital in a teaching hospital group, incorporating The Hospital for Women, Soho Square, together with St. Luke's, Woodside (a psychiatric hospital in Muswell Hill) and the Arthur Stanley Institute for Rheumatic Diseases, formerly the British Red Cross Clinic for Rheumatism.

The Eastman Dental Clinic separated from The Royal Free Hospital and became a postgraduate dental teaching hospital, linked to the Institute of Dental Surgery which was established as the postgraduate school, under the aegis of the British Postgraduate Medical Federation and managed by a Committee of Management (This became the Eastman Dental Institute which is now part of UCL).

The National Heart Hospital appears to have been designated a postgraduate teaching hospital group with the London Chest Hospital.

Cecil Flemming House officially opened in 1970 as the new Out-patient and Accident Clinic.  The original departments had opened in the Cruciform Building in 1906, and had remained largely unaltered for 60 years, leading to overcrowding. 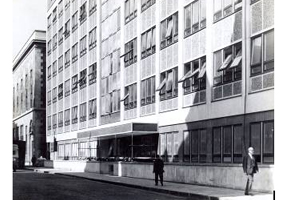 Cecil Flemming House before it opened

1974-82 During this period, the following arrangements were made for the management of the hospitals mentioned so far:

All the hospitals whose history has been outlined so far were brought under the management of Bloomsbury Health Authority, except Eastman Dental, National Hospitals for Nervous Diseases and National Heart and Chest, all of which retained their Boards of Governors.

The Hospital for Women, Soho Square, was closed down and amalgamated with Elizabeth Garrett Anderson Hospital in its building on Euston Road. This brought male gynaecologists to EGAH for the first time in its history, although the principle that a woman should always be able to choose to be seen by a female doctor was maintained.

The Heart Hospital developed close links with the Royal Brompton.  In 1988 the two hospitals amalgamated on a single site and in 1991 the hospital closed altogether when the services were transferred to a newly constructed wing of the Royal Brompton.