1745 - Foundation of the Middlesex Infirmary

The Middlesex Infirmary, 'for the sick and lame of Soho', was established in Windmill Street, off what is now Tottenham Court Road (described at the time as 'the road from St. Giles Church to Hampstead'). Subscribers to The Middlesex Hospital of at least three guineas per year became Governors of the Hospital and this earned them the right not only to make decisions about the hospital but also to recommend patients. Apart from emergency cases, patients were not admitted to the hospital without a recommendation from a governor. A single payment of 21 guineas entitled a person to become a Life Governor of the Hospital.

Drawing of the original Middlesex Hospital on Windmill Street, 1840

1755  - Foundation stone is laid for the new Middlesex Hospital building

The foundation stone was laid by the President of the Hospital, the Earl of Northumberland, in the area that was then known as Marylebone Fields. 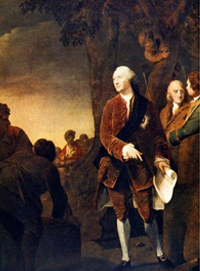 The Earl of Northumberland

The wards were founded with money donated anonymously by Samuel Whitbread. The identity of the donor was made public when he died in 1796. 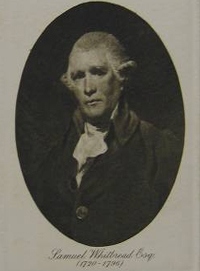 An application had been made to the Hospital authorities for room to be found for sick French clergy, who were refugees from the upheaval as a result of the French Revolution. Some months later, the invitation was extended to sick lay émigrés as well. 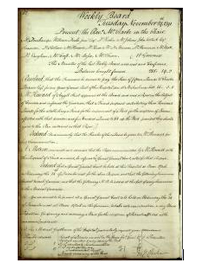