Back to Climate action and sustainability 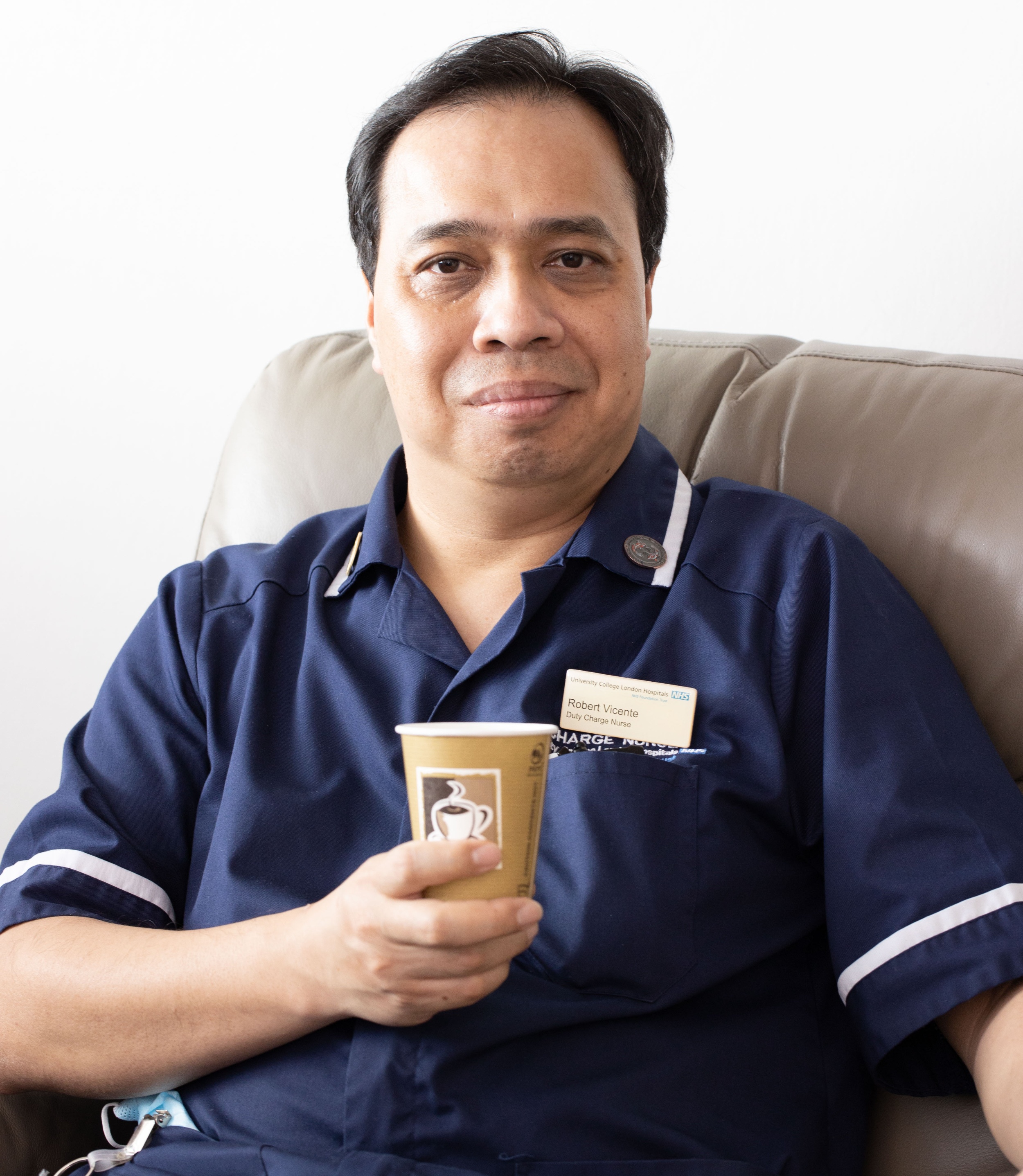 With over 10,000 staff at UCLH, small changes have the power to make a big difference in tackling climate change. In a recent staff survey, 95 per cent of respondents described climate action as either very important or vital, showing that our staff have a strong desire to play their part in making change happen.

UCLH staff members can join the UCLH Green Rewards scheme. This allows staff to record their green activities such as reusing and recycling, walking rather than driving, and helping others to work more sustainably.

As the country moved into a new phase of living with COVID, UCLH, like many organisations, has reconsidered how best to use space. Staff now work  to a hybrid office/home working arrangement in roles where it does not lead to a negative impact on patient care.

Teams across UCLH have been encouraged to have a clear out of office spaces to make way for a new hot desk system to ensure staff can work well anywhere. As a result, many have been uncovering furniture and other items they no longer need.

The transformation team, which had been based in offices at 250 Euston Road, arranged a major clear out of their office space in June 2022. Seventeen members of staff had been using the desks pre-COVID, but the space needed to be reconfigured to fit just six desks alongside a new bank of lockers.

“As well as creating a less cluttered, more pleasant working environment, we also wanted to see whether we could save UCLH some money on waste disposal or buying new and also support our ambitions to be a greener trust”, said Nat.

Nat encouraged staff working in her part of the office to have a clear out of their area over the course of a week, dependent on when they were on site. Unwanted items were then sorted into groups – electricals (which were returned to IT), recyclable, reusable and waste.

She then photographed all the reusable items and uploaded them to UCLH’s recycling portal called WARP-IT. WARP-IT lists unwanted items which can be offered to other departments as a first option before buying new. Items included everything from two large cabinets to a number of stationary items. “The whole process took about ten minutes to do”, said Nat. “The system made a lot of suggestions on how to list items and it also auto-filled listings once the first one was created so I didn’t have to repeat the same information twice”.

The team requesting the goods has to arrange for collection of small items, but waste amnesty firm JPA Ltd are able to help with large furniture items being moved internally for a small fee. If an item is not claimed by UCLH’s own staff, it then gets offered to partner organisations using WARP-IT including Homerton Hospital or University College ​London. After that it would be offered to other third parties or charities.

Within a few days all of the unwanted items had been claimed, saving UCLH £809 when both disposal costs and purchasing the same items as new were taken in to account. This also equates to diverting 232kg of carbon dioxide equivalent from entering the atmosphere – the equivalent of driving 576 miles in an average petrol car, or charging 28,221 smartphones.

"Based on our saving, if we replicated the activity across all departments at UCLH, we could make financial savings upwards of £200k as well as diverting over 67 tonnes of carbon dioxide equivalent from the atmosphere. I would encourage every department to use it regularly, both to help get rid of unwanted items and as a first port of call for anything new.”

With support from Global Action Plan and Camden Council, UCLH is working to improve air quality by holding workshops with staff to promote green travel, such as using public transport; and walking or cycling rather than driving.

Our suppliers are also beginning the transition to electric vehicles.

80 per cent of the profit that Ecosia makes from advertising revenue is used to plant trees where they are needed most. On average, one tree is planted for every 45 searches made. To date, Ecosia has planted over 140,000,000 trees worldwide, and is also supporting the development of the NHS Forest.

UCLH collects a monthly total of the equivalent number of trees Ecosia has planted on its behalf, so staff are able to see the progress being made.

“It’s a small change that requires very little effort, but can make a big difference over time”, said Luke O’Shea, UCLH’s Director of Innovation. “It is fantastic to see the difference we are making just by doing something a little bit differently.”

The Healthcare Arts Collective is a group of healthcare workers united by their concerns about the climate emergency. The group worked with the UCLH Arts and Heritage team to co-curate an exhibition and organise events on the theme of ‘Health and the Climate and Ecological Emergency’. The exhibition was designed to provide an opportunity to reflect, create and share potential solutions.

The exhibition, which coincided with UCLH declaring a climate and health emergency, was themed around the role of healthcare in the planetary crisis. It attracted artists on an international scale, with 150 submissions in a wide range of media.

The works of UK artists were exhibited within University College Hospital, with international artists featured on an online exhibition page. As well as the exhibition, UCLH hosted a series of five events, with topics including environmental sustainability in the NHS, the law on the health impacts of air pollution and climate change, and sustainability in the arts (in partnership with Great Ormond St Hospital arts team).

‘When we were approached by the Healthcare Arts Collective, it felt like an opportune moment. We were keen to use our exhibition space to highlight, provoke conversation and hopefully inspire action around the climate and ecological emergency, so working with the HAC provided an ideal partnership” said UCLH assistant arts curator, Laura Bradshaw.

“The response to our exhibition call-out was fantastic and the resulting exhibition offered really creative and varied takes on the theme. Hosting the event series was an excellent addition to the programme and became a space for those with an interest in the subject to come together.”

UCLH's network of sustainability champions share our passion to be a more sustainable healthcare organisation. Their role is to help other colleagues adopt more environmentally sustainable practices both at work and at home.

• are a ‘port of call’ on sustainability in their department

• support colleagues to learn about the sustainability agenda, our green plan and other environmental policies

• identify potential improvements which would result in more sustainable practice, either locally or trust wide

• exchange ideas, updates, resources and support with other champions