One of Britain’s first black British consultants, pioneering neurologist James Samuel Risien Russell, who worked at the National Hospital for Neurology and Neurosurgery (NHNN), has been commemorated with an English Heritage London blue plaque. The plaque marks 44 Wimpole Street, the impressive house which served as J. S. Risien Russell’s home and private practice from 1902 until his death in March 1939.

Dr Rebecca Preston, Blue Plaques Historian at English Heritage, commented, “An extremely talented physician, J. S. Risien Russell furthered our understanding of many conditions of the nervous system and mental health issues. We are delighted to recognise him with a blue plaque on the building where he lived and worked for nearly 40 years.” 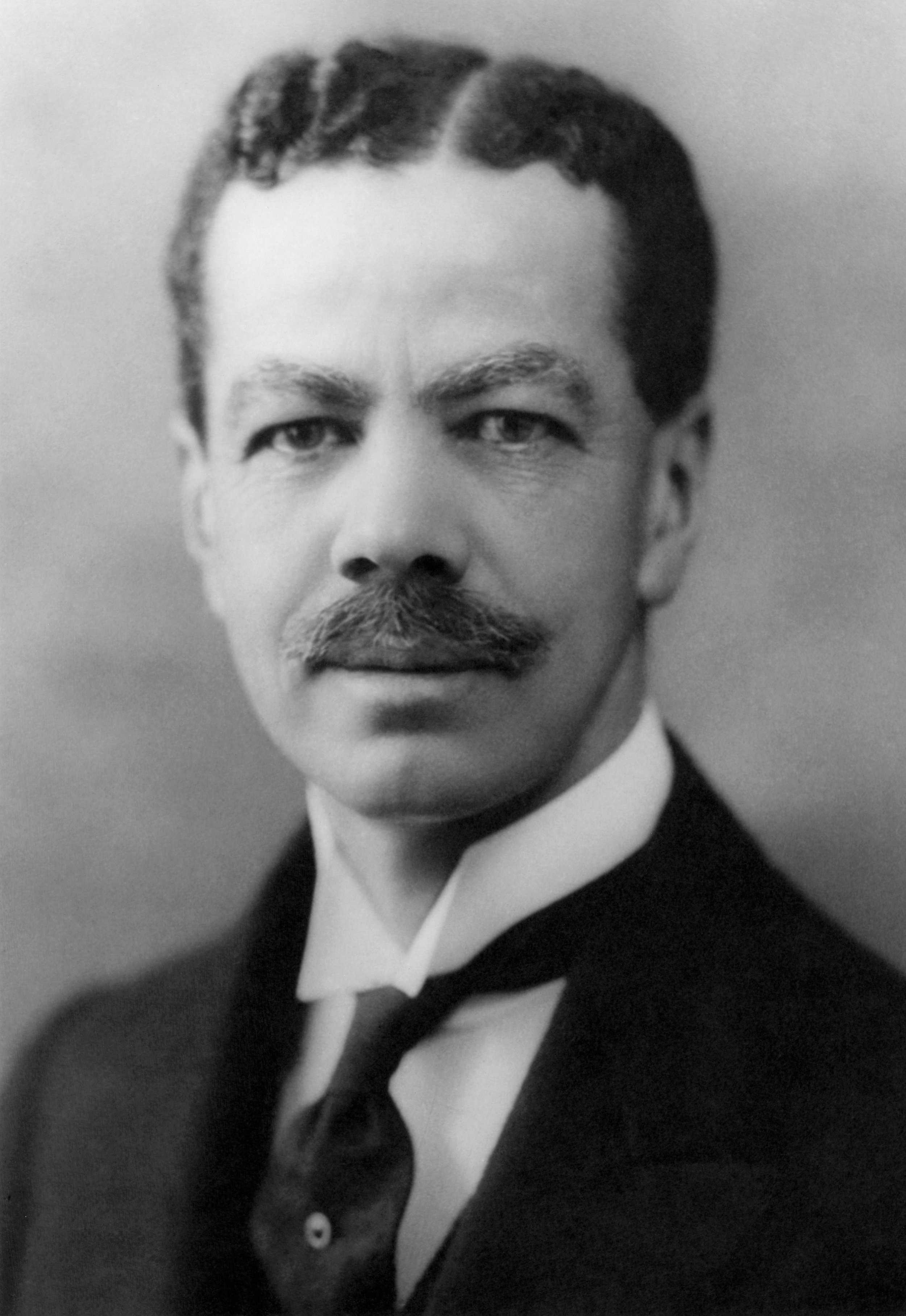 Born in British Guiana in 1863 to engineer and sugar magnate the Hon. William Russell and his wife, who was of African descent, and of whom little is known, Risien Russell graduated from the University of Edinburgh as a Doctor of Medicine in 1883. In 1888 he was appointed senior house physician at NHNN, part of University College Hospitals NHS Foundation Trust (UCLH). The hospital, in Queen Square, London, was the world’s first specialist neurological hospital. He rose to the hospital’s management board in 1903. Risien Russell thus played an active role in developing the discipline of neurology around the turn of the century. He also became professor of medical jurisprudence and subsequently professor of medicine at University College London, serving as president of the neurology section of the Royal Society of Medicine after 1907.

Russell had strong and far-sighted opinions on the desirability of treating many people suffering from mental illnesses outside of institutions and confinement, and chaired the National Society for Lunacy Law Reform in the 1920s. Unafraid of controversy, in 1924 he pronounced that no-one was ‘absolutely sane’. Towards the end of his career, he often acted as an expert witness in the High Court upon psychiatric issues and was revered as a mental specialist, particularly for obscure or difficult cases. From 1908 to 1918, Russell also served as a captain in the Royal Army Medical Corps and developed a special interest in shell shock.

In the late 1920s, Risien Russell retired to concentrate on private practice, conducted from his address in Wimpole Street and, as a result of his skilled diagnosis and management of diseases of the nervous system, was hugely successful. He died ‘very suddenly’, aged 75, on 20 March 1939 in his consulting rooms, between appointments.

Arthur Torrington CBE, Director, Windrush Foundation, said: “Like Dr James Samuel Risien Russell, I was also born in British Guiana. I first knew of his life and times only ten years ago, when his story was brought to my attention. Not long afterwards a colleague and I completed a project about Dr Russell’s contribution to World War One and Neurology. The plaque is a direct result of a nomination by Dr John Henderson, a Canadian physician, with supporting information from me. We all felt that Dr Russell’s contribution to Britain deserved an English Heritage blue plaque and we applaud English Heritage for their recognition of Dr James Samuel Risien Russell.

Dr Chris Turner, UCLH consultant neurologist and Divisional Clinical Director at NHNN, said: “We are delighted that NHNN alumnus, Dr James Samuel Risien Russell, has been recognised with an English Heritage London blue plaque. His life has been a great inspiration to many and we are pleased more people will learn about his life. In addition to this, UCLH are also planning local recognition of Dr Risien Russell in collaboration with the BAME network at the National Hospital.” 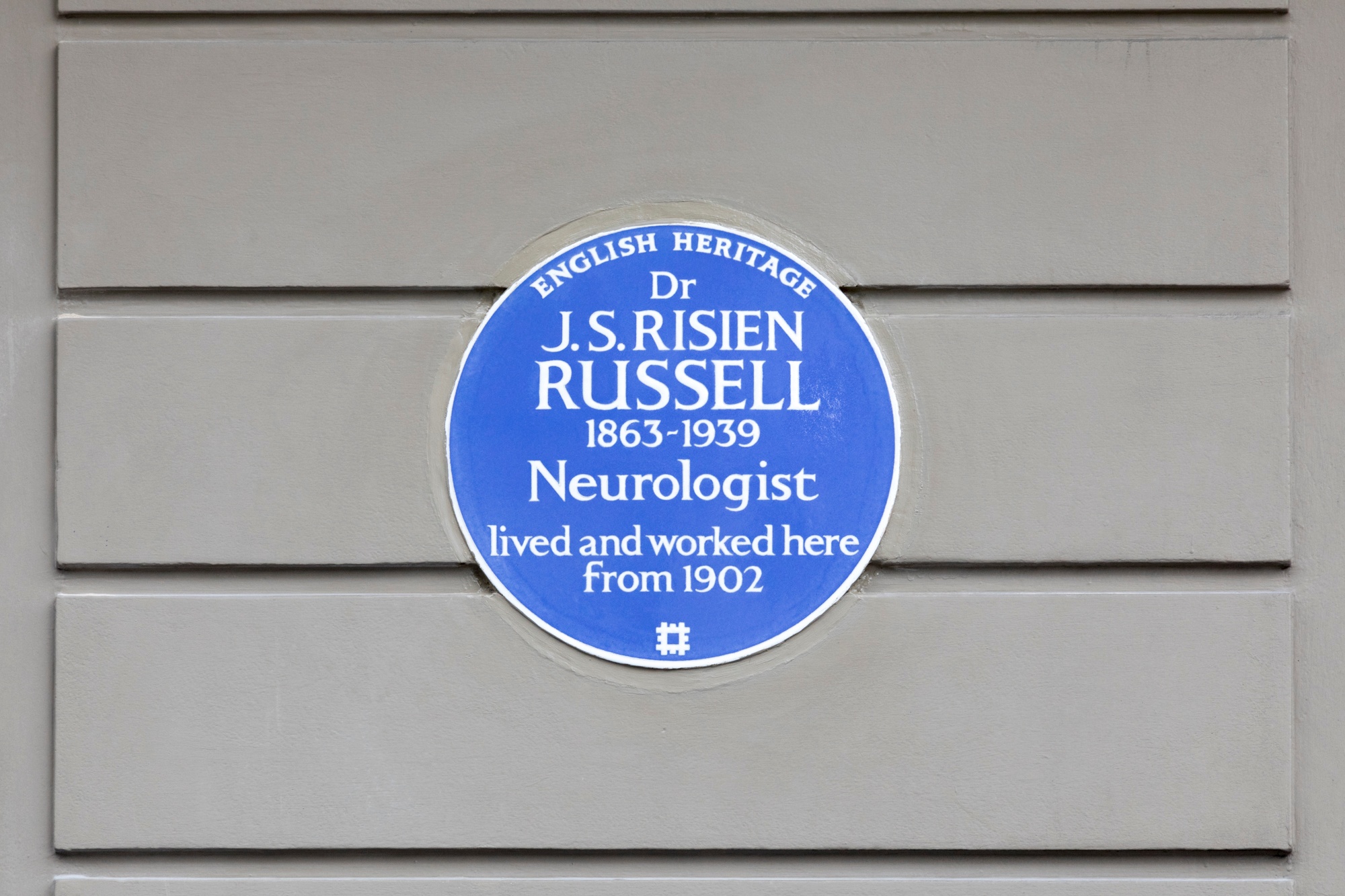