The video-assisted stroke triage project, developed by the UCLH stroke service in partnership London Ambulance Service (LAS) has won the HSJ Patient Safety Award for Clinical Governance & Risk Management in Patient Safety and was a finalist for the Health Tech Award for both Innovation in Digital Pathways and Partnership of the Year.

Launched as a pilot in May 2020, the project uses iPads in ambulances to remotely triage patients at the scene with the input of stroke doctors via video conference. It has consistently proven that patients having a suspected stroke have been delivered to the appropriate place for the right care, first time, avoiding subsequent transfers.

LAS paramedics video call the duty stroke doctor at The National Hospital for Neurology and Neurosurgery (NHNN), home to UCLH’s hyperacute stroke unit or HASU. Patients are then referred to either a HASU, a transient ischaemic attack (TIA) clinic or an emergency department (ED) depending on their needs.

David Probert, UCLH chief executive, said: “Huge congratulations to the stroke service and colleagues in LAS for winning this award. The video-assisted triage project is a fantastic example of working in partnership to improve patient safety and patient outcomes. That it was developed at the height of the first wave of the pandemic, with all the pressures that all staff were under at the time, is remarkable.”

Dr Rob Simister, consultant neurologist and clinical lead for the UCLH HASU.
He says: “The exceptional circumstances of the pandemic and the pressures this placed on LAS and UCLH created the perfect environment to quickly collaborate on safe and effective solutions to ensure suspected stroke patients receive the right care in the right place, first time. It is good for patients and reduces unnecessary journeys for LAS. We are very grateful to The National Brain Appeal, the charity dedicated to supporting The National Hospital, for funding the iPads that we are using in the emergency stroke unit.”

Patrick Hunter, senior clinical lead paramedic at LAS in North Central London
He says: “I am so proud of how LAS and UCLH adapted, innovated and collaborated under the extreme circumstances of the pandemic to work together to ensure patients with a suspected stroke get the right care at the right place, first time. The video assisted triage model has resulted in faster and more appropriate treatment whilst safely reducing ED attendance.”

Every patient’s outcome is tracked and a scrutiny board meets regularly to review the cases and the safety of the pathway. The UCLH and LAS video-assisted triage system is provided 24 hours a day and is now being rolled out across the NHS.

62 year old Michael Dukelow has benefitted from the new video triage service on two occasions. He had a major stroke in November 2020, with a further episode in June 2021. On both occasions, the London Ambulance Service paramedics used video triage to seek the advice from stroke specialists at NHNN.

The first time it happened Michael initially noticed a problem with his vision. He said: “I remember turning to my wife who has asked me to look at something on her phone and my eyes went funny. She got me a glass of water and I wasn’t able to drink it. Then I couldn’t sit up, I was falling to my right.”

His wife Gillian said: “Michael’s eye looked sore and the water was dribbling down the side of his mouth. He told me to call an ambulance. He started to deteriorate very quickly. He slumped over so I tried to prop him up with cushions. He was trying to speak to me but it was incoherent, I couldn’t understand what he was saying.”

The ambulance arrived and the paramedics used an iPad to FaceTime the duty stroke consultant who confirmed Michael was having a stroke and needed to be taken to the hyperacute stroke service at NHNN.

Once at the hospital, the stroke team quickly confirmed with a scan that Michael was having an ischaemic stroke, when a blood clot blocks the flow of blood and oxygen to the brain. He was given thrombolysis to dissolve the clot.

Michael was conscious but unable to speak. “Anything he tried to say was gobbledygook," Gillian said.

Shortly after 11pm that night, the doctor called Gillian to say that he was already making a remarkable recovery. He could speak again and move his arm.

Michael recalls: “I had wanted to ask the nurse to sit me up but I wasn’t able to speak. Then later a nurse asked me something and I was able to say ‘yes’. The staff couldn’t believe that I could speak. They were amazed. They said that on a scale of one to 20, my stroke was a 21!”

Seven months later Michael started to experience dizzy spells and noticed that he couldn’t press the keys on his phone when he was trying to send a text. His legs also felt wobbly. His son Michael took him home and called an ambulance.

As with his stroke in November, the paramedics used the video triage so the duty stroke consultant could assess him via FaceTime. The decision was to take him to hyperacute stroke unit at NHNN.

Michael said: “I feel very lucky to have had such good treatment, not once, but twice. I was impressed with the video triage. It seems like a very good idea. It meant that everything worked like clockwork for me, getting me to the right hospital so quickly and having the thrombolysis treatment that reversed my symptoms. It is frightening to think what could have happened. I’m very grateful to the stroke team and the paramedics.”

This service was featured across media including Sky, ITV and The Telegraph. 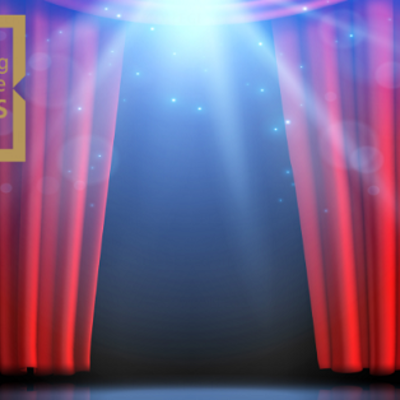 Well done to all of our Celebrating Excellence Award winners 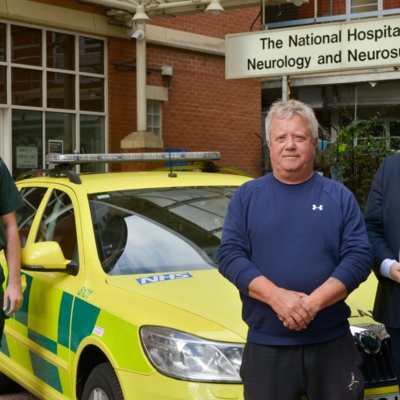 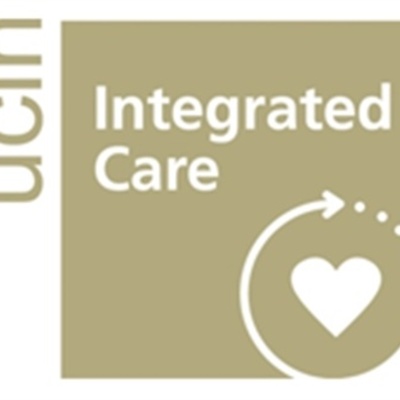 Outpatient strategy sets out our vision for the future 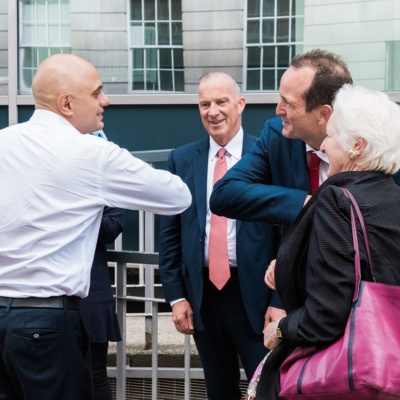 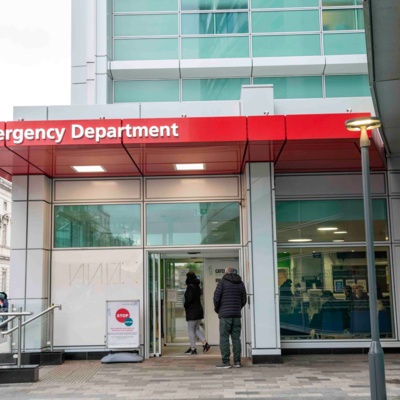 UCLH has one of the best emergency departments in London 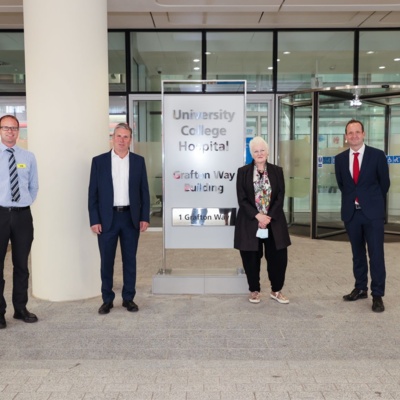 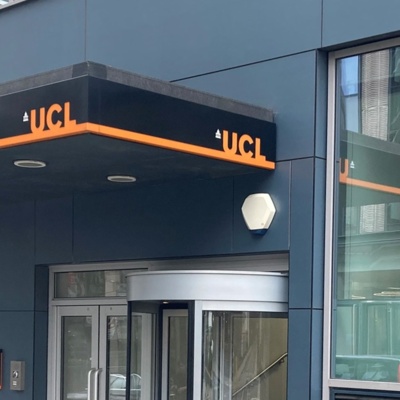 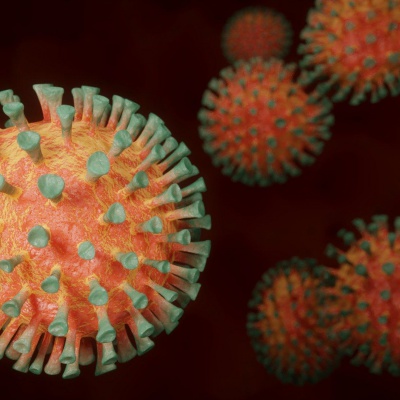 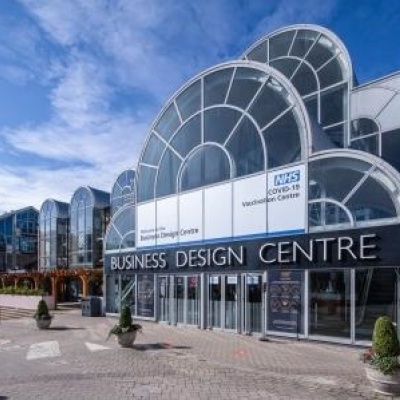