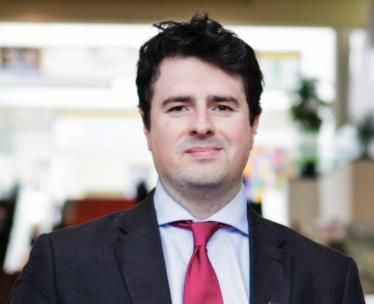 Mr. Hyam is a consultant brain & comprehensive Spinal neurosurgeon at The National Hospital for Neurology & Neurosurgery, Queen Square. He is an honorary consultant in neurosurgery at Great Ormond Street Hospital.

Mr. Hyam is neurosurgeon to the adult craniofacial multidisciplinary service with specialists in maxillofacial, plastics and ENT surgery, whereby head shape/deformity is reconstructed after surgery, injury or in syndromic conditions.

Mr. Hyam has received numerous national and international prizes and honours. He has received America’s Congress of Neurological Surgeons’ Resident Prize for Stereotactic and Functional Neurosurgery which was awarded in Washington, DC. He also received UCL and Queen Square's Prize in Neurosurgery.

He was awarded a PhD from Oxford University in Neurosurgery and Physiology, and a Diploma in Microscopic Neurosurgery from The Yasargil Neurosurgery Laboratory of the University of Zurich. Mr. Hyam was appointed Associate Editor of the Masters of Neurosurgery Hall of Fame spanning the highest-regarded neurosurgeons from around the globe.

He is an invited specialist advisor to NICE on behalf of the British Society for Stereotactic and Functional Neurosurgery, providing expert guidance on treatments across the country for conditions such as headache, facial pain, movement disorders, and spinal pain.

Mr. Hyam was awarded the prestigious Arris and Gale Lectureship from the Royal College of Surgeons of England. The lectureship was established in the year 1646 and is still awarded in stiff competition to surgeons at the height of their career. Previous recipients include Nobel Laureate Sir Alexander Fleming.

Mr. Hyam was elected to the council of the Royal Society of Medicine, clinical neurosciences section, and is a member of the Leksell Gamma Knife Society, and the British Association of Spine Surgeons.

He is also a specialist surgical advisor to BBC Drama’s “Holby City” and can be found on occasions at their studios in Borehamwood advising the actors and film crew on the set.