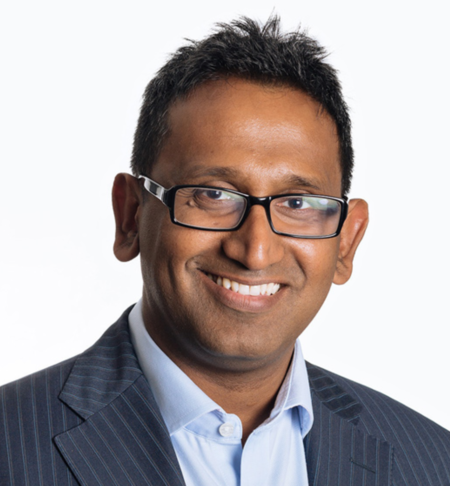 Mr Sooriakumaran, widely known by his initials PS, is a global leader in prostate cancer care, and arguably the UK’s best known robotic prostatectomy surgeon of his generation. He has the largest following of any UK urologist on LinkedIn and Twitter (@PSUrol). PS is a Co-Director of the Santis Clinic, the only UK centre where all surgeons were listed in the Daily Mail's "best urologists in Britain"; this listing was created by asking urologists across the UK who they would most want their nearest and dearest treated by, and it is thus a huge honour for PS to be the youngest surgeon to make the List. PS was cited as "an outstanding robotic surgeon... [who] cares deeply about getting good outcomes".

PS was named as one of London's Most Influential People in Healthcare in 2018 and topped the List in 2019. PS is the only urologist to make the List twice, and this is a testament to his patient outcomes and testimonials, and his globally penetrating research to improve prostate cancer surgery for patients worldwide. PS is also the only urologist to win the Vice-Chancellor’s Alumni Achievement Award for his “significant contributions to society and the field of prostate cancer care”.

PS is also the only UK urologist to be nominated three times for the European Association of Urology Crystal Matula Award, given to “the most promising young academic urologist in Europe”. He is also the youngest urologist to win a National Clinical Excellence Award for going over and beyond the expected contributions of an NHS consultant. He was the top scorer in the London-North region and is now the only urologist in London-North to be appointed to the regional sub-committee of the Advisory Committee on Clinical Excellence Awards.

PS has received awards from some of the most prestigious urology and oncology societies in the world: the European Association of Urology, British Association of Urological Surgeons, American Urologic Association, American Society of Clinical Oncology, and many more. The robotic surgical manufacturer Intuitive Surgical has recognised PS as a European Leader in robotic surgery, and Cambridge Medical Robotics has appointed PS as a Clinician Advisor to help develop its fledgling robotic surgical system. PS is also a Clinical Advisor to Vine Health, and gives input to develop an award-winning online software to improve outcomes for cancer patients.

PS specialises in Retzius-sparing robotic prostatectomy, a robotic operation for prostate cancer that has fewer side-effects than the standard robotic prostate cancer operation. He is a world leader in this technique, and has published widely on its superior outcomes. PS believes strongly that patient outcomes of prostate cancer surgery are strongly related to the training of the surgeon who performs the operation, and has published extensively on this topic. He was trained by the global pioneers of robotic surgery at the Ivy League’s Cornell University in New York and the Nobel Prize-awarding Karolinska Institute in Stockholm. He also underwent a Senior Fellowship at the world-renowned Oxford University where he still holds a visiting appointment as a Senior Researcher. He is also an Associate Professor (Hon) at University College London, and has held Visiting Professorships at world-leading institutions across the globe.

PS has been appointed as the Lead for Urology at Cleveland Clinic London, a new private hospital in London, part of the globally-leading Cleveland Clinic network of international hospitals in the USA, Canada, Middle East, and now UK.

To hear about PS and his work please listen to this Apple Podcast.

Most of his >150 publications can be found at: https://www.ncbi.nlm.nih.gov/pubmed/?term=sooriakumaran+p .

He also has had over 300 invited speaker/chairmanship roles at meetings in the USA, Continental Europe, Asia, and the Middle East, as a result of his world-recognised expertise in prostate cancer care.