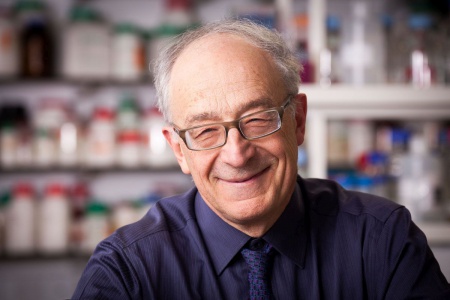 Professor Isenberg graduated from St Bartholomew’s Hospital in 1973. He trained in General Medicine, Rheumatology, Neurology, Psychiatry and Gastroenterology becoming a Research Fellow at UCL/the Middlesex Hospital in 1979. Awarded an MD Thesis (in 1984), based on studies of myositis. During a year of research at Tufts University, Boston, he became interested in autoantibody structure/function and origin. Appointed consultant Rheumatologist in November 1984 becoming a professor in 1991 and was given the Arthritis Research UK’s (now Versus Arthritis) Diamond Jubilee chair of Rheumatology at UCL London in 1996. Has been elected to Fellowships of both the Royal College of Physicians and the Academy of Medical Sciences. His specialist involvement is in autoimmune rheumatic diseases, notably systemic lupus erythematosus, Sjögren’s syndrome, myositis and the anti-phospholipid antibody syndrome.

His principal clinical interests have been in the development of disease activity and damage assessment tools in patients with lupus. Chair of the British Isles Assessment Group and also the Chair (1998-2003) of the Systemic Lupus International Collaborating Clinics group (SLICC). He has undertaken many roles for the arc in the past 20 years and is the past president of the British Society for Rheumatology (2004-2006) and was chair of the Society’s Biologics Register Committee. He is the 2010 recipient of the Evelyn Hess Prize from the Lupus Foundation of America for his contribution to lupus research and treatment. He became a Master of the American College of Rheumatoogy in 2016.He chairs the Research Committee for Lupus UK and was co chair of Division 5 of north London’s local clinical trials network until 2019. He is on the Executive Board of Arthritis Research UK and has just completed a 9 years term as a non-executive Director of the Royal National Orthopaedic Hospital in Stanmore.

Disease activity and damage assessments in the autoimmune rheumatic diseases, notably systemic lupus erythematosus, Sjogren's syndrome, myositis, vasculitis and the antiphospholipid antibody syndrome. Long-term clinical evaluation of patients with these diseases and undertaking clinical trials, mostly using the new biologic agents.He was responsible for introducing B cell depletion for the treatment of systemic lupus erythematosus; now use around the world.

He is also interested in long-term clinical evaluation of patients with these diseases and undertaking clinical trials, mostly using the new biologic agents. He was responsible for introducing B cell depletion for the treatment of systemic lupus erythematosus; now used around the world.