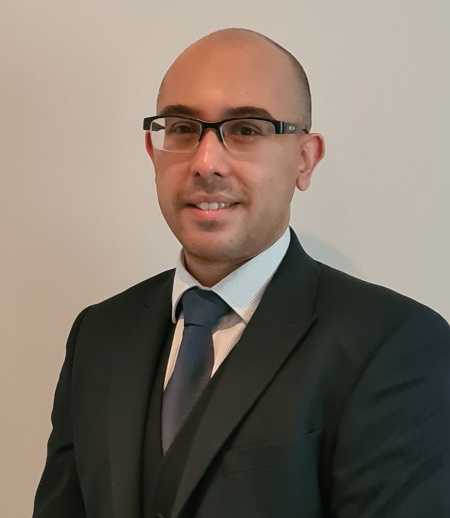 Mr Jahangir Ahmed joins the UCLH head and neck team having been appointed as a consultant in ENT at Bart’s health NHS Trust in 2017.

He was educated at the University of Cambridge and Imperial College School of Medicine and completed higher specialist training in major London teaching hospitals. He was awarded competitive research fellowships from The Welcome Trust, The Bart’s and London Charity and was a Royal College of surgeons Academic research-fellow. He completed a PhD in molecular oncology at The Bart’s Cancer Institute in 2015, where he genetically optimised a Vaccinia virus strain for immuno-therapy of cancer.

He is skilled in transoral laser and robotic surgery. He is part of a team with one of the highest-volume transoral robotic surgical practices in the UK, where he utilises the DaVinci (Intuitive) robot to perform over 50 transoral resections of tumour or obstructing tissue, per year.

He has a keen research interest in minimally invasive transoral surgery and molecular treatment of cancers. He is an honorary clinical lecturer at Queen Mary University of London, is widely published in peer reviewed scientific journals and has written numerous book chapters in respected texts. He holds a PGC in Medical education and is education co-lead at Bart’s health; facilitating a training programme for North-Thames higher surgical trainees and junior doctors.