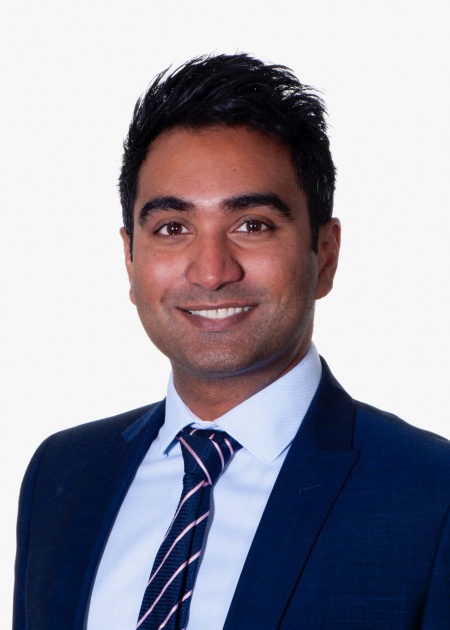 Joseph Manjaly is a consultant otologist, auditory implant & ENT surgeon, specialising in ear and hearing problems for adults and children.

He qualified from the University of Bristol in 2008, became a member of the Royal College of Surgeons in 2011 and subsequently earned a position on the North Thames ENT High Surgical Training Programme after ranking amongst the highest trainees in the country. Training in all aspects of ENT surgery followed at units including London North West University NHS Trust, Great Ormond Street Hospital, Imperial College NHS Trust and the Royal National Throat Nose & Ear Hospital.

After being awarded fellowship of the Royal College of surgeons (FRCS-ORLHNS), he started to further focus his skills in the area of hearing restoration surgery for children & adults. He then undertook an internationally-renowned fellowship in otology & implant surgery at Cambridge University Hospitals NHS Trust, gaining further experience in advanced and complex ear and hearing surgery.

On completion of fellowship training, Joe was appointed as a consultant back at the Royal National Throat Nose & Ear Hospital (Now Royal National ENT and Eastman Dental Hospitals) and University College London Hospitals. In addition to his clinical work, Joe makes an active contribution to ENT in the UK and beyond. He has presented research internationally and is an honorary clinical associate professor at the UCL Ear Institute. He leads an otology strategy group that drives excellence within research, education and service development in ear and hearing surgery at the Royal National ENT Hospital. He is also a core member of the microtia & craniofacial multidisciplinary team based at the Royal Free Hospital, London.

Joe regularly undertakes operations that include tympanoplasty for ear drum retractions & perforations, ossiculoplasty using microscopic techniques and prostheses, stapedectomy for otosclerosis, and tympanomastoid surgery for cholesteatoma. He is rare in routinely offering middle ear surgeries under local anaesthetic which allows a quicker recovery and the ability to monitor hearing during surgery. As a hearing implant surgeon he performs cochlear implantation, bone conduction implantation and active middle ear implantation. As part of this full range of treatment options he advises on when hearing aids are most suitable and thus provides the maximum number of options for hearing rehabilitation whatever the degree of hearing loss.

He has a long-held interest in teaching and training regionally & nationally. He is the author of the popular trainee textbooks 'ENT OSCEs' and 'Advanced ENT Training', both published by CRC press. He has also held a number of national positions, including as council member for the British Society of Otology and the Royal Society of Medicine Otology Section.