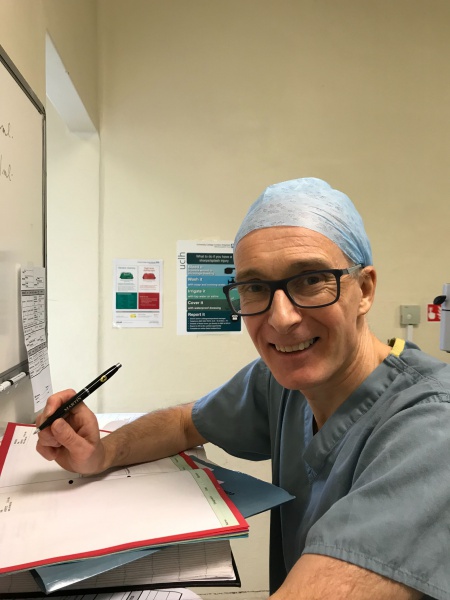 I am professor of laryngology at UCL and a consultant in ENT surgery at the Royal National Ear Nose and Throat and Eastman Dental Hospital. I am a world-leading academic otolaryngologist as measured by the impact of my research, teaching and papers. A specialist in disorders of voice, swallowing and breathing, I have pioneered the use transplantation, tissue engineering and soft robotics in surgery.

Clinically, I have a particular interest in voice, swallowing and pharyngeal pouches, airway disorders such as stenosis, cough and neck lumps. I am part of multidisciplinary voice, reflux and airway teams and the national referral team for complex airway disorders. I treat patients with vocal cord weakness ('palsy'), and have pioneered new means of restoring function for them using the drive from unaffected nerves (laryngeal reinnervation). In interventional clinic, run with top speech and language therapists, I use the latest technology, such as transnasal oesophagoscopy, awake laser procedures and transcutaneous vocal cord injection, to treat throat and voice problems. I have a special interest in throat problems affecting persons with hypermobility disorders, including EDS.

I have a large research group concentrating on the use of innovative technology to manage disorders of the airways, especially the use of biomaterials, cells and soft robotics. In 2008, I co-led the team which performed the world's first stem cell based organ transplant, and with Prof Elliott at Great Ormond St, co-led the team which performed the same feat in a child in 2010. In 2010 I was also part of the team which performed the world's second (and first functionally reinnervated) laryngeal transplant at UC Davis, California. I was Morgan Stanley Briton of the Year (Science and Technology), 2008, and am a frequent guest speaker at major international conferences. I have published in the Lancet, Nature and the BMJ. With Mr Guri Sandhu and Prof David Howard, I founded the British Laryngological Association in 2011, and run a successful bi-annual conference 'Cutting Edge Laryngology'. I was the first otolaryngologist to be elected to the Academy of Medical Sciences in 2010, and was awarded NIHR Senior Investigator status in 2020. I am patron of the National Association of Laryngectomee Clubs and Trustee of the Throat Cancer Foundation. I am passionate about involving patients and publics in medical science, including the present innovative arts-science initiative “A Sound Voice”.