UCLH consultant infectious diseases physician Professor Sir Alimuddin (Ali) Zumla has been awarded the prestigious Sir Patrick Manson Medal by the Royal Society of Tropical Medicine and Hygiene (RSTMH) for his work over decades across a range of communicable diseases.

It is the first time an ethnic minority scientist has received the medal, which is awarded every three years. It was created in 1923 in memory of Sir Patrick Manson, known as the ‘father of tropical medicine.’ It is open for senior experts in their field and awarded to the living person whose contribution to any branch of tropical medicine or hygiene is considered by the Board of Trustees to merit the honour most.

Sir Ali’s work has led to breakthroughs in TB, TB/HIV co-infections and infectious diseases which have potential to become epidemics, and led to improvements in the health of disadvantaged populations across the globe. His work has spanned direct clinical care, research, training and mentoring, as well as the creation and leading of numerous global initiatives.

He is co-director of several Africa, Europe and Middle East R&D networks focused on WHO priority infections. He serves as honorary Professor at several institutions in Africa, Europe and the Middle East. Sir Ali is also one of the most published and highly cited authors. Since 2018 he has been listed in the prestigious Clarivate list of the top 0.01% of the world’s most highly influential and cited researchers.

A focus of his work is on ‘One Health’ – where colleagues in human and animal health sectors from across Africa and Europe are collaboratively monitor, prepare for an tackle infectious diseases.

Sir Ali was nominated for the award by Prof Moses Bockarie of The European and Developing Countries Clinical Trials Partnership, who said: “This is truly a historic and momentous occasion, since it is the first time in a hundred years, that the RSTMH has awarded the Sir Manson Medal to an ethnic minority scientist.

“This award speaks volumes and acknowledges Sir Ali’s exemplary legacy of exceptional, unparalleled cross-continental impactful research, training, capacity development, and advocacy deliverables over the past 35 years on a range of priority communicable diseases.”

Sir Ali said: “Whilst I am absolutely delighted, honoured, and truly humbled to join the illustrious list of previous Sir Patrick Manson Medal laureates, I did not make this very productive and successful journey alone. I would thus like to dedicate this prestigious honour to all the amazing, committed people worldwide with whom I have had the enormous privilege to work with over the past four decades on a range of research, capacity development, training, advocacy, and charity activities focused on improving the lives and health of poor and disadvantaged populations.

“The Manson Medal is a subtle but timely reminder that, it is only through hard work and sacrifice, and by ’holding hands and moving forward together beyond borders with like-minded, selfless, individuals’, as a pan-continental ONE-HEALTH family, we will be able to bring killer infectious diseases under control and ensure preparedness for future epidemics.” 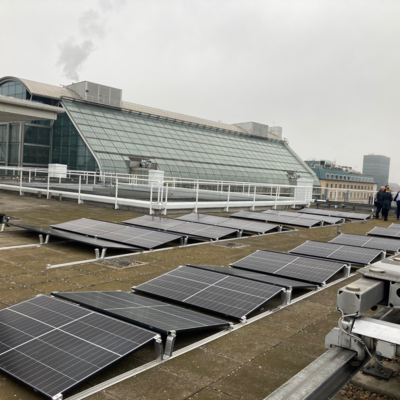